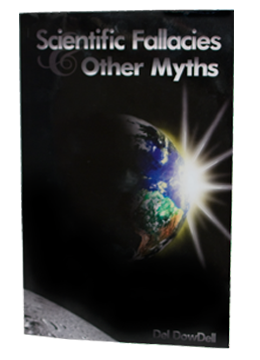 This work shows how Science has hijacked scriptural truths and replaced them with suppositions, theories and hypotheses meant to eliminate God and champion evolution, and thus replant the scriptural record with fallacies and assumptions.

While there is a 6,000-year-old written history depicting events relevant to this knowledge, scientists reject the information out of hand; however, in understanding this early text, one can come to a better, much clearer understanding of such things as how the Universe and Earth were formed, and under what principles and time frame this took place.

One thing is certain in all this ancient knowledge, this world is not 4.55 billion years old as evolutionary scientists like to claim, though some of the materials used in its formation may well be that old or older. However, the organization of this planet as a whole took place in a relatively short period of time and has existed in its present form for far less than science claims.

This argument centers between those who believe in the evolutionary force that created all things visible in nature by chance, and those who believe in a higher intelligent force outside nature as a chief architect of all things. It is an old argument, one in which modern science has limited the playing field by eliminating all discussion of a higher, intelligent force, and stresses the happenchance occurrences of evolution; however, this book shows the factual, scientific occurrences of the Laws of Physics in the making of the Universe, this World, and all things involved, through the divine guidance of an intelligent being, and shows the realistic time frame in which it all took place that is consistent with the Bible and scientific time frames. It is a must read to fully understand that events that led to the world at the time of Lehi and the makeup of the Land of Promise when Nephi's ship landed there.
$34.99