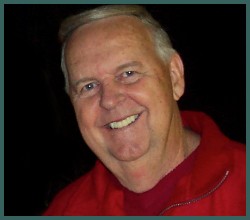 Del DowDell, has put on seminars, trained and lectured extensively in more than 40 States, has owned and opeated three businesses, designed international business strategies and operations programs, and taught, written and studied extensively in the areas of his writing, including Law of Thermodynamics, Carbon-14 Dating, the Age of the Earth and Universe, and the fallacies of many scientific hypotheses. From the religious side, Del has been involved in numerous Ward, Stake, Regional and Area callings and reponsibilitie since he was 14 years old, served as a Bishop in Southern California, served on several high councils, and designed numerous training presentations, videos, and written programs for religion, Education, and Business.

His love for the truth in both science, history and religion has reulted in this series of books--which began as a work for his many children and grandchildren to compensate for fallacious and disingenuous views being taught with absolueness in the public education system. As an historian, researcher, writer, speaker, artist, and businessman, Del has undertaken this work that has spanned many years to set the record straight on numerous hypotheses being passed off as facts by an intolerable evolutionary scientific community willing to reject any and all truth not consistent with their views. As a scientific hobbyist and researcher, Del has written several works on the fallacies of these scientific beliefs, and has also authored scholarly works on both religion and history.

Del is also a talented lecturer and trainer, having been invited to speak to and train thousands throughout the country on far ranging subjects from corporate management to self-image psychology. He developed some of the earliest understandings of Behavioral Styles that swept the country in the 1980s, writng several works and holding numerous seminars on the subject.

Currently, Del is retired from the field of creating and selling of companies and business consulting, spending most of his time in writing about the Book of Mormon. An avid researcher and trivia buff, all of Del's works are both scientifically and historically accurate, and his work on the geography of the Book of Mormon is at the forefront of the many writers in this field.

As a father of seven and a grandfather of 28, and great grandfather of two and counting, Del's diverse and copious experiences and credentials enable him to write and speak on numerous subjects, including the teaching of the Book of Mormon for more than 30 years. Del currently lives with his wife of 48 years in a house he personally designed and they built themselves on a high ridge ovelooking a spacious valley in a rural area of Southern Utah.